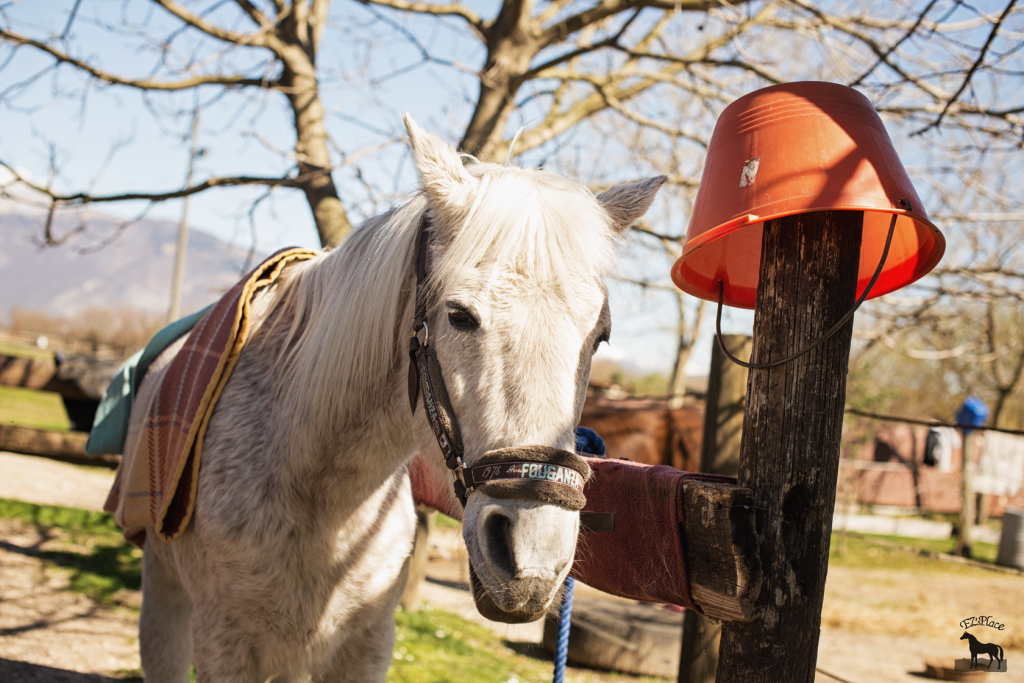 Billy is an Arabian gelding born in 1985. He lived with several cows in a barn that didn’t even have hay on the floor (Billy slept on the cement!). He was always kept tethered on a short rope in order to limit his mobility. He was being fattened up for slaughter!

When he was rescued and brought to the Shelter Billy was very aggressive and trusted no-one but little by little he became the herd leader and even began to trust humans, so much so that he became the children’s favorite. However, eventually the damage caused by the hard years spent in the barn caught up with him. He developed serious hip problems and was no longer able to be ridden.

Now, several years later and after several bad falls Billy is enjoying a much deserved retirement at the Shelter and despite his bent and crooked appearance he’s retained his ever present air of intelligence.