I’ve always said I don’t know a thing about cows and that I’d never bring one to the Shelter… shoveling cow shit too? No way!

But Tuesday I went to my neighbor’s, a dairy farmer, to get hay as I do frequently. The cows were patiently queuing up to be milked but there was one who wasn’t able to stand.
She tried and tried but couldn’t get up. 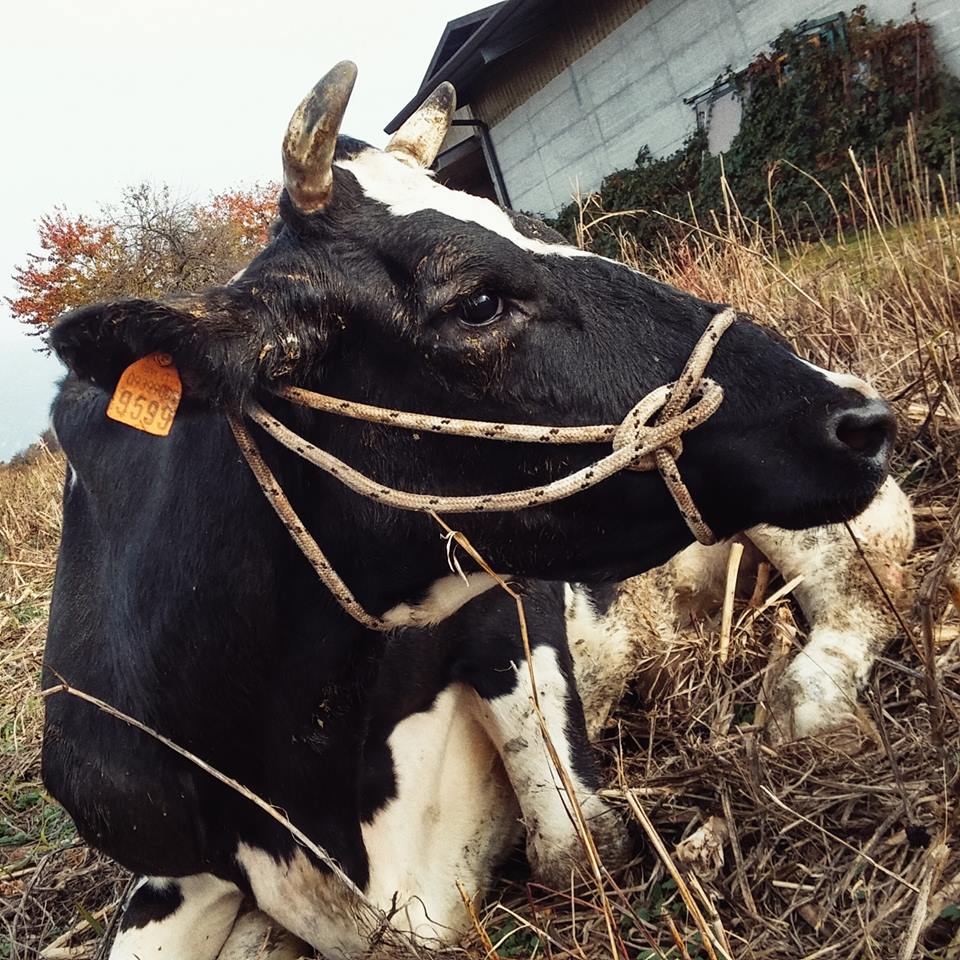 “I have to sell her, she’s 8 years old and has a hard time getting up” were her owner’s words.
I didn’t have to ask who he’d sell her to. That night I couldn’t sleep. The thought that after 8 years of giving her all she was no longer considered useful and would be sold to the slaughter house kept tormenting me.

The next morning I went to take some photos of Rosalie (yes, I’d already given her a name) to circulate on the social networks and found her lying in the pasture. I was told “she can’t get up anymore, I’ve already called the slaughter house”.
We ended up taking her.
She was lifted up with a tractor and brought to the Shelter which is only 400 meters away.
If she really has to die she can at least do so serenely and painlessly in our pasture. But if she lives, which I hope with all my heart, she’ll have a lifelong home here at the Shelter.

The Shelter urgently need funds for an animal which, give our financial situation, we are hard pressed to support. But when I saw Rosalie I couldn’t abandon her to such a tragic fate. For this reason we are seeking someone for a distance adoption who would like to contribute to Rosalie’s upkeep. Please consider giving her a hand. 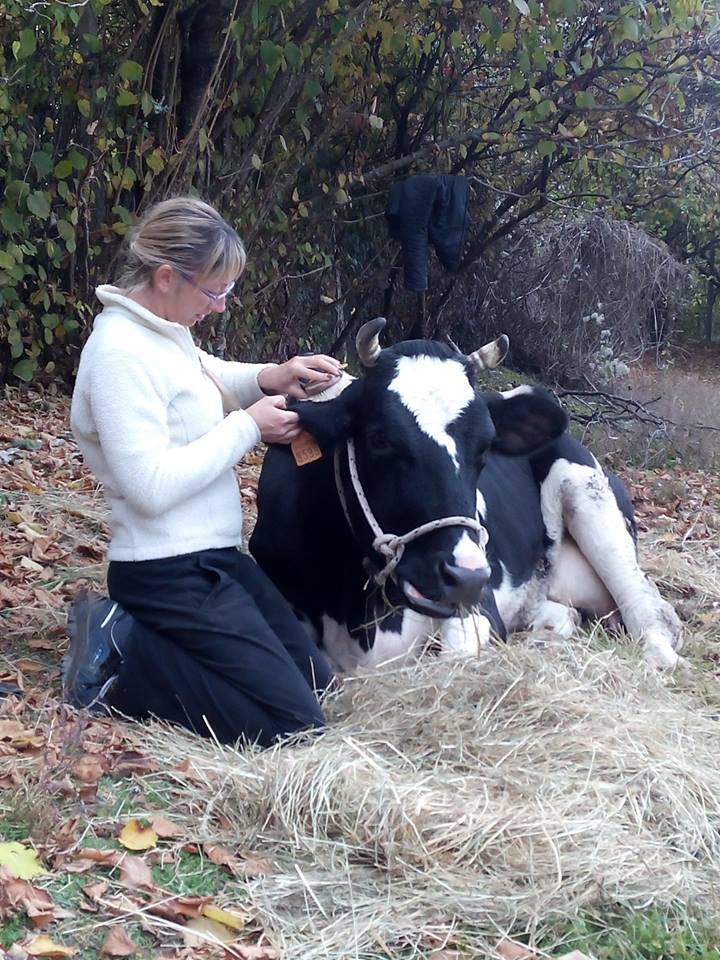